Married for nearly 50 years, they've shared everything — including coronavirus. Her love helped pull him through

NOT FOR EXTERNAL DISTRIBUTION

The Gallatin couple, married for nearly 50 years, tested positive for the novel coronavirus in March. They both were hospitalized at TriStar Skyline Medical Center in Nashville, but he was much worse off.

Jean Bigger pleaded to be taken to him. Bill Bigger was sedated and on a ventilator elsewhere in the hospital as staff worked around the clock to combat Tennessee's growing COVID-19 outbreak.

"I was so tense and so anxious," Jean Bigger said in a telephone interview last week from her home. "I was afraid I was going to lose him and not be able to see him."

Like an answered prayer, a couple of nurses working the night shift arranged a visit. The risk to her health was low since she also was stricken by the respiratory disease. They helped Jean Bigger into a gown, gloves and a mask before wheeling her into her husband's hospital room. 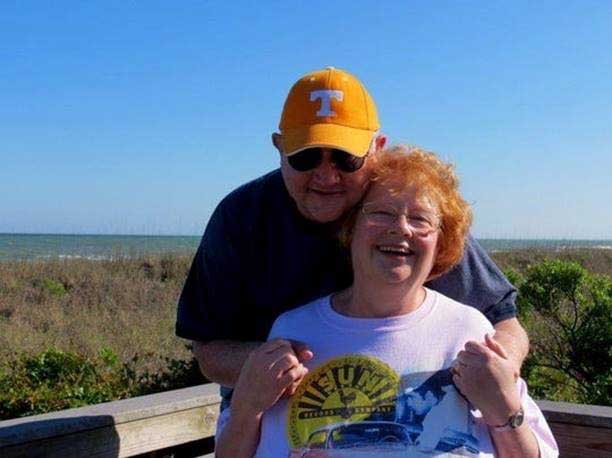 Bill and Jean Bigger of Gallatin have been married for nearly 50 years. (Photo: Submitted)

For hours, she stayed at his bedside holding his hand as the ventilator helped him breathe.

She kissed his head and sang hymns and love songs to him, like "Amazing Grace" and Frankie Avalon's "Why" — "I'll never let you go/ Why? Because I love you/ I'll always love you so/ Why? Because you love me."

She recited Scripture, repeating Psalm 23, Psalm 100 and her favorite Bible verse, Philippians 4:13, "I can do all things through Christ who strengthens me."

And Jean Bigger prayed for a miracle.

Hospital staff members working in the intensive care unit witnessed the couple's touching moment as they walked by the glass door of Bill Bigger's room, said Debbie Landon, one of the Skyline nurses who reunited the couple that night in March. She had been caring for him when Jean Bigger called from the fifth floor and asked to see her husband.

Patients are gently sedated when they are on ventilators, Landon said, but they can become anxious and fight against their breathing tubes. Bill Bigger stayed calm as his wife held his hand that night and sang to him, Landon said.

"I'm sure that he knew that she was in there," Landon said.

The visit and the ones that followed helped Jean Bigger, who was eventually discharged and able to finish her recovery at home. After that first visit, her anxiety fell away and she found some peace.

"It was a miracle that I ended up going to the hospital and they took me to the hospital where he was," said Jean Bigger, who is feeling better although is still in quarantine. "I wouldn't have been able to see him at all if I hadn't been there."

During the coronavirus outbreak, it is unusual for family members to be able to visit loved ones in the hospital. Many medical facilities, including Skyline, have severely restricted visitors to help slow the spread of the contagious illness. Instead, they are relying on phone calls and video chats to keep families connected but safely apart.

Members of the medical team caring for Bill Bigger think his wife's visits helped him, too.

Bill Bigger spent nine days on a ventilator, but he ultimately was able to breathe again on his own. Although still in the hospital, he is recovering and relearning basic skills, like walking and eating, through Skyline's rehabilitation program.

He sat in a wheelchair Friday morning in his hospital room wearing a pale yellow mask and a red Austin Peay State University T-shirt. Bill Bigger said he was feeling better as he cracked the occasional joke while video chatting with a reporter from The Tennessean. He spoke via the tablet fastened to the mobile IV pole in front of him. 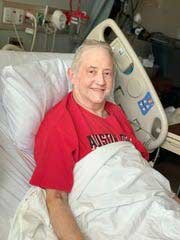 Bill Bigger remembers next to nothing about the last month of his life, he said. Much of his days are fogged by confusion, although that is improving, especially in the morning. He is eager to return home and continue his recovery alongside his wife and eventually be able to spend time with his 10-year-old grandson, Eli, again.

"That's my motivation for being back in the groove," Bill Bigger said.

But he has questions about surviving his bout with the deadly coronavirus.

"I wonder why because there's been a lot of good people that had this stuff and didn't make it. Some of them were healthier and younger than me," Bill Bigger said. "On paper, I probably shouldn't be here."

Bill Bigger is one of the thousands of Tennesseans battling the coronavirus. On March 5, the governor announced the first positive COVID-19 case in the state. The cases kept growing as the virus spread and more testing was done.

Today, Tennessee has thousands of positive cases, according to the state Department of Health. The number of recovered cases has cleared the 3,000 mark, but more than 140 people have died.

Bill Bigger's recovery is remarkable, especially for a 73-year-old man with diabetes, hypertension and other chronic conditions, said Dr. Murray Arons, a pulmonary and critical care physician who treated Bill Bigger at Skyline.

"These are the people who have not been doing well when they get sick with this," Arons said. "He certainly beat the odds."

There are exceptions, but younger, healthier people who contract the illness are experiencing milder symptoms and much better outcomes than older COVID-19 patients who already have medical issues, Arons said. It is as if the coronavirus presents as an entirely different disease in patients who fall into high-risk categories, he said.

About a month ago, hospital staff admitted Bill Bigger to Skyline with typical coronavirus symptoms, including shortness of breath, fever, cough and pneumonia, Arons said. He was put on a ventilator soon after.

Jean Bigger, 73, remembers driving her husband to the hospital. She is still thanking God for the light Nashville traffic and all the green lights.

Initially, they thought Bill Bigger had bronchitis, but he kept getting sicker. At the advice of their primary care doctor, they first went to a coronavirus testing site, where medical professionals gave him oxygen before directing Jean Bigger to take him straight to the hospital.

That was March 20, said Amy Bagwell, the couple's only child. And just days later, she would call an ambulance to take her mother to the hospital, too. Jean Bigger was getting sicker. She was confused and having trouble breathing.

Bagwell, who lives in Clarksville, found herself having to make medical decisions for both of her ailing parents without being at their side. As her dad's health deteriorated, she tracked down their living wills and tried to figure out what, if any, medical interventions they would want if the line between life and death continued to narrow.

"I felt like I was doing what I needed to do for Mom and Dad," Bagwell said in a telephone interview. "Sometimes I was panicked and crying and not knowing that I was making the right decision."

She found strength and support in her level-headed husband and the thousands of people she helped rally to pray for her parents.

"Amy had really stepped up and taken care of everything," said Jean Bigger, who is also thankful for the support of neighbors and church members who've prayed and helped her while self-isolating. 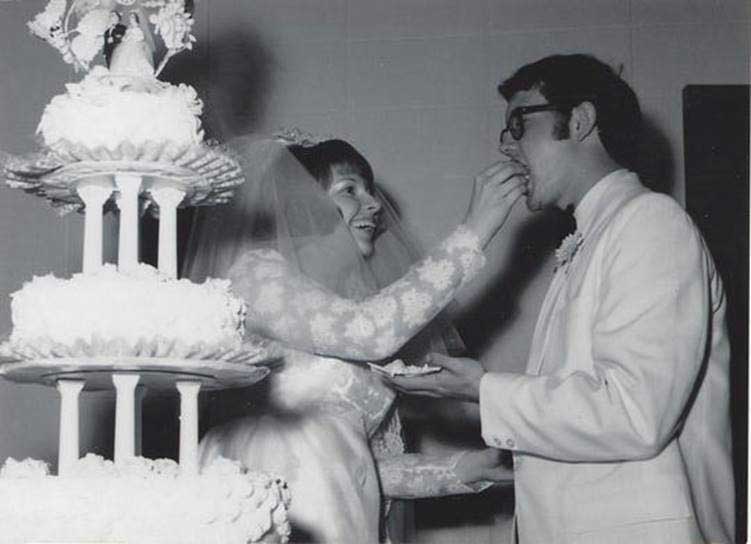 Bill and Jean Bigger of Gallatin have been married for nearly 50 years. (Photo: Submitted)

She is anxious for her husband to be discharged from Skyline. When she lies down at night, her arm automatically stretches out to hold his hand, and that is when she asks God to please bring him home.

Bill Bigger was among the first COVID-19 patients admitted at Skyline.

He is one of the 48 since Feb. 29 to test positive for the COVID-19 virus at the Nashville hospital, spokeswoman Anna-Lee Cockrill said Friday. Far more patients — more than 90% — presenting with coronavirus-like symptoms at Skyline have actually tested negative, she said.

The fact that Skyline is not overwhelmed with patients also likely helped Bill Bigger's outcomes.

"We're not stretched to the absolute limits," Arons said. "I think he got really good care and he had a strong will to live and it wasn't his time."

Although Bill Bigger was intubated for several days, most of his organ functions and blood pressure stayed at reasonable levels, Arons said. Although reports are varied, he estimated Bill Bigger had a 30% chance — 50% at most — of being able to come off the ventilator.

The day it happened Arons went home unable to relax since it is not uncommon for patients to go back on it, he said. Relief came when Arons saw Bill Bigger the next day still breathing without the aid of the medical machine.

"Even when the odds are against you it doesn’t mean it's hopeless," Arons said.

Bill Bigger's daughter screamed in celebration when hospital staff said her father no longer needed the ventilator. She knew he still had a long recovery ahead, but it was great news. 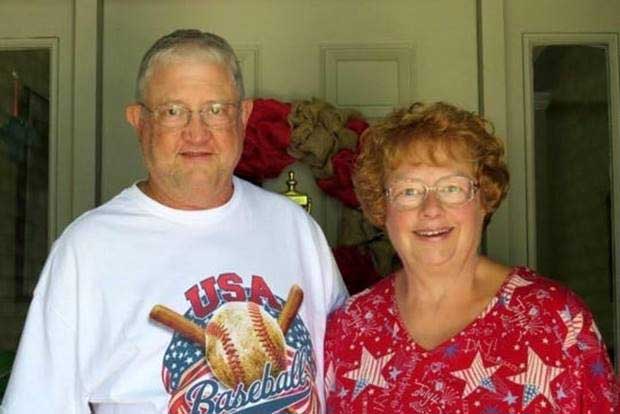 "I said, 'It was God. It was God.' I was shocked and said a prayer right there," Bagwell said.

Jean Bigger was overwhelmed with joy when she heard and asked to be taken to her husband immediately. He could barely talk, she said.

He raised her hand, pressed it to his lips and kissed his wife.