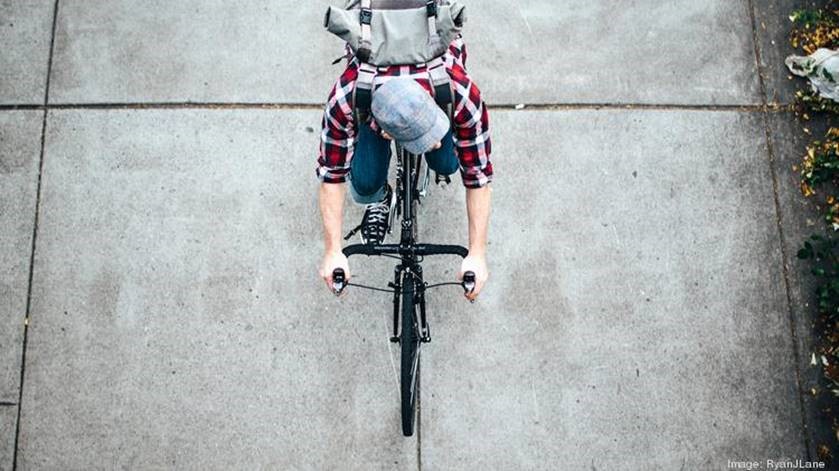 Many of Nashville's bigger employers and philanthropists will soon hear from Mark Deutschmann — who wants their backing to accelerate the creation of dedicated walking/biking paths linking the core of Nashville.

Many of Nashville's bigger employers and philanthropists will soon hear from Mark Deutschmann — who wants their backing to accelerate the creation of dedicated walking/biking paths linking the core of Nashville.

Deutschmann, a prominent figure in the city's commercial and residential real estate industry, has long been a proponent of the city's Greenways. There are more than 90 miles of those trails today, mostly in places outside the heart of the city. Starting this month, coming off the sale of his Village Real Estate, Deutschmann is pushing to fund all of a planned 22-mile Greenway network in urban Nashville.

The number of people living downtown has more than doubled since 2010, to about 12,200 residents. Amazon (Nasdaq: AMZN) has announced 5,000 jobs for its forthcoming downtown operations hub, and the company has said it expects one-third of those workers — roughly 1,700 people — won't drive themselves to work. Amazon is the largest in a batch of companies collectively injecting thousands of jobs downtown over the next few years — building on the 25 percent spike in downtown's worker population that has happened in just the past three years.

Deutschmann has built a reputation as a trendsetter of revitalizing urban neighborhoods, through Village Real Estate and Core Development, a commercial real estate business that he still owns. Having a robust Greenway network is no doubt beneficial to him and the countless other developers seizing on the city's boom. Deutschmann described his interest as far beyond that, depicting Greenways as a vital and realistic way to improve mobility in a city whose traffic congestion worsens by the rush hour. He also described the so-named City Central Greenway as a key recruiting and retention tool for companies, and possibly even a tourism draw.

"Somebody like an Amazon, and other companies who care about their millennial workforce, should be thinking about how to connect that piece of the transportation system right now," Deutschmann said in an interview. "For some of our companies that are making so much money, the fact that it would help their workforce get to their campus, that's not a bad idea. And you have a lot of incredible philanthropy in this city, too. There are a lot of us at this point, people who have done well with the city, who feel like this might be a good thing to give to, for the betterment of the next generation."

This map of Metro's Greenways network spotlights the 22-mile City Central Greenway that's being pieced together.

Deutschmann is a board member on the nonprofit Greenways for Nashville, which this month will begin interviewing stakeholders and potential donors. He said the organization has hired Donors By Design Group LLC to create a fundraising campaign. The same company advised the Nashville Zoo for an ongoing capital campaign that has fueled recent expansion at that attraction.

About one-third of the 22-mile City Central Greenway exists today, mainly along the Cumberland River north of downtown, into MetroCenter. Last fall, the first 1.25 miles of a greenway along Interstate 440 opened — another piece of the puzzle. As envisioned, the City Central Greenway would also slice through Wedgewood-Houston, Chestnut Hill and Rolling Mill Hill neighborhoods, through the Gulch, and also link with Tennessee State University and the OneC1TY development off Charlotte Avenue.

"I'm going to try to use some of my leverage and time and experience with Greenways to make this a reality," Deutschmann said.

Deutschmann believes the pitch will resonate with potential donors. He cited the $150,000 contribution HCA Healthcare Inc. made toward the first section of that I-440 Greenway path. The Frist Foundation has donated funds to Greenways for Nashville for a feasibility study on completing another part of the trail, near downtown's Capitol View project on Charlotte Avenue.

It could cost roughly $2 million to build one mile of an urban Greenway, Deutschmann said, not counting possible related street improvements or "spokes" off that main path to specific destinations. He cited corporate support of public trails in cities such as San Antonio and Charlotte as examples (though Charlotte is suffering a dramatic shortage of funds). Atlanta's heralded BeltLine, which also attracted corporate support, mostly follows the path of one-time railways that went dormant.

That private-sector support "is what we're going to have to do as a city now," Deutschmann said. "And we can do it."

Deutschmann credited Metro for its continued contributions toward Greenways. "You can't build a system fast enough, in my opinion, if you just rely on that," he said. "I'd like to see speed and efficiency to get it done, because I don't know that we're coming out with a big robust transit referendum in the coming years."