Hendersonville pain clinic, led by doctor accused of conflict of interest, is closing

A Hendersonville pain clinic led by a doctor who was recently accused of conflict of interest in federal court documents is closing at the start of next month. 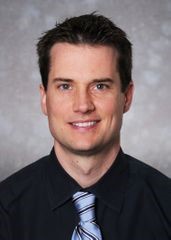 Dr. Peter Kroll is a founder of massive pain clinic chain Comprehensive Pain Specialists who has been accused by federal prosecutors of profiting from a conflict of interest on psychiatric evaluations. (Photo: Tennessean file photos)

Both clinics were led by Dr. Peter Kroll, a former CEO of Comprehensive Pain Specialists, who was recently accused by federal prosecutors of profiting from a conflict of interest involving mandatory psychiatric evaluations for some chronic pain patients.

Staff at the Therapix clinic told The Tennessean on Monday that the clinic would close on May 1. Neither Kroll nor clinic management immediately responded to requests for comment left at the clinic.

In federal court records filed last month, prosecutors said Kroll had a conflict of interest at CPS when prescribing implanted pain pumps, a small device that is surgically placed under a patients' skin to inject medication directly into their spinal cord. Patients are generally required to pass a psychiatric evaluation to verify they can handle the responsibility of a pain pump before the device is implanted.

Prosecutors say that Kroll sent his patients to be evaluated at a Ascend Medical Group, a Nashville company where he also worked as medical director.

Kroll would "then drive across town, switch hats, and employ and supervise the person who performed the psychiatric evaluation despite a clear financial motive to ensure that each patient was 'cleared' to receive a pump," court records state.

Kroll has not been criminally charged, but another company leader is currently on trial.

The allegations against Kroll surfaced in the prosecution of John Davis, his predecessor as CEO of Comprehensive Pain Specialists, who has been accused of accepting bribes. Davis is currently undergoing trial at the federal courthouse in Nashville.