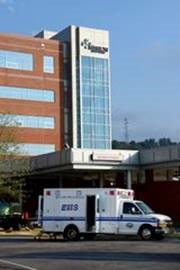 An ambulance parked outside of Mission Hospital. (Photo: Angeli Wright/awright@citizen-times.com)

ASHEVILLE — Mission Health's new corporate owner isn't seeing eye to eye with Buncombe County on the value of the health system's property values. And that means any potential windfall in tax revenue for the county and city could be a far smaller haul.

HCA Healthcare argues Mission's properties are worth some $130 million less than county assessments. That would translate to $687,700 less in county taxes alone, not counting the cut in the company's tax bill to Asheville, and Asheville City Schools, for 2019.

The Nashville, Tennessee-based for-profit HCA Healthcare has submitted documentation to the county's tax office placing the values of its new assets at $503 million. That comes in well under the $633 million valuation of the same properties by the county as of Feb. 1. The largest difference is in the value of Mission Hospital, which the county pegs at about $147 million.

The disagreement isn’t over the total value of Mission properties, for which HCA paid $1.5 billion in a deal that closed this year. Rather, it is about how that value is distributed across properties scattered among multiple counties, including Buncombe, Macon and McDowell. That matters because local governments and Asheville City Schools get taxes based on values of properties within their jurisdictions.

Any taxpayer has the right appeal, Buncombe Tax Assessor Keith Miller said. And he has the legal authority to make valuation adjustments, though he said he wouldn’t do it without compelling information.

"We are still talking with HCA as far as to resolve the values," Miller said.

If HCA isn’t happy with Miller’s decision, the company can make a formal appeal to the county's Board of Equalization and Review, a body appointed by the elected board of commissioners.

That appeal would have to be made by April 24, he said.

Tax bills go out in late August and are due in September.

Situation is unprecedented in WNC

In an emailed statement, Mission spokeswoman Nancy Lindell said HCA worked with an independent, third-party appraisal firm and has had regular discussions with assessors to help determine property values.

Lindell said the fact HCA would have a back-and-forth with the county isn't unusual, and particularly so given that the properties have not been taxable before. Mission Health operated as a nonprofit.

At the current tax rate of 52.9 cents per $100 in property value, a difference of $130 million in the values of Mission properties would result in $687,700 less in county taxes paid out by HCA.

"We have always been privileged to contribute to the health and wellness of our communities throughout Western North Carolina, and welcome the opportunity to extend those contributions through the taxes we will pay as a result of our new tax status," Lindell said.

In Western North Carolina, the Mission sale largely is without precedent. The deal initiated in March 2018 allowed HCA — a health care giant with 185 hospitals and 119 surgery centers in the U.S. and the United Kingdom — to acquire the not-for-profit Mission system and its six hospitals.

Much of the proceeds from the sale go into the creation of Dogwood Health Trust, a successor foundation that could pay out up to $70 million annually to organizations in the region as early as next year.

"This is historical and we may never see another one (like it)," Miller said.

The deal also created something of a windfall for local municipalities and the city school system — even if in recent months they've realized it could be less than originally anticipated.

The county estimates new tax revenue of $3.4 million in the current fiscal year. That doesn't include personal property taxes because the deal failed to close by Jan. 1. Next year, if commissioners keep the same tax rate, HCA would pay $5.9 million.

City government officials recently downgraded its estimated tax revenue for the year from $5 million to $2.5 million. Beyond this year it's expecting to bring in $5 million annually from taxes on Mission properties. That's if Asheville keeps the current tax rate of 42.89 cents per $100 of property value. 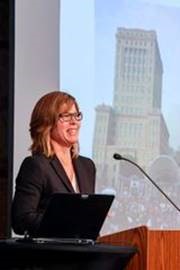 "Now that we have more solid numbers from the county, they have told us they're very conservative and do not include any appeals," she said. "Now we are working that amount into the budget."

She added, "On the one hand, we were like, 'Holy cow that's a lot less,' but it didn't cause us any major issues."

In North Carolina, local governments, such as counties and cities, typically rely most heavily on property taxes for revenue. After that comes fees and other charges and sales taxes. City Council sets the city's budget priorities when fiscal year budgets are drafted.

City gets some tax cushion

Mayor Esther Manheimer said when the initial forecasting showed Mission tax revenue at the larger number, her first inclination was to see if the city could lower the tax rate. Now that it's more modest, she said it will at least allow the city to avoid a tax increase immediately "to continue to meet the demands of expense growth."

"That's not very exciting, but it is a fact," she said.

Secondarily, she said the council wants to be strategic in its funding priorities, noting new revenue could help support key areas such as transportation or affordable housing.

"We know transportation and transit still is a huge need for so many in the community to get to work, get to school on a daily basis, grocery shopping, transportation to child care," Manheimer said. "In my mind, there's a correlation between people's health and health outcomes and their ability to simply get around the city and carry on the daily tasks of their life."

What will Buncombe County do with extra funds?

The county also has a specific vision for its new tax revenue. Board of Commissioners Chairman Brownie Newman said the county has an annually occurring commitment of $3.6 million to its Early Childhood Education and Development Fund, first established last fall and which addresses one of the county's top priority areas.

Newman called it "disappointing" the revenue is lower than originally planned, but still said it's "a very significant gain for the city and the county regardless of where it lands."

"We would have (invested in the fund) whether HCA and Mission went through their transaction or not, but since that has happened, it will be a significant part of where we put the additional revenues," he said.

Whitehorn said the additional tax money — however much it will be — gives the city some breathing room, even if it doesn't make a major impact for the long haul.

"If it had a major, major impact on our revenue, then the city is reliant on one corporate entity for the majority of its property tax revenues," she said. "When that happens, you're really quite vulnerable as the city.

"There's a good side and a bad side for everybody."