A prominent building on Corkscrew Road in Estero is in foreclosure proceedings, court documents show.

TD Bank filed a commercial foreclosure complaint in Lee County Circuit Court on March 15 against several entities, including Pelican Creek Real Estate Development LLC and Naples Urgent Care. The companies are registered to Rob McGann, who managed Estero Urgent Care. McGann is among those listed by TD Bank as a defendant in the foreclosure case.

When the Daily News contacted him Thursday, McGann declined to comment on whether Estero Urgent Care closed its doors because of the foreclosure case.

When asked about the property's future McGann said, "It appears it is in the process of being sold."

A lawyer for T.D. Bank did not immediately return a request for comment.

McGann said Monday that the urgent care facility was downsizing to operate just its North Naples location on Immokalee Road. 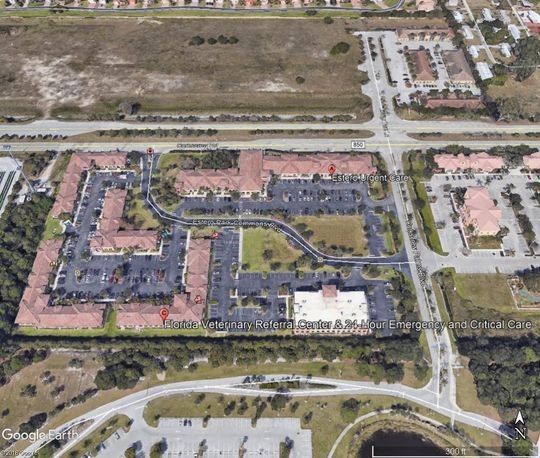 "We just thought it was in our interest," he said then. "The number of healthcare options available now in Estero is immense."

Estero Urgent Care opened in 2005, McGann said. The medical facility served several thousand patients a year and had about five employees, he said.

Estero Urgent Care is not the only such clinic to operate in the village. Other facilities include Urgent Care Center of SWFL off Three Oaks Parkway and the Bonita Community Health Center, which has an office south of Coconut Road.

Healthcare options in the area could continue to grow.

Lee Health's 82-bed hospital would be built at Lee Health - Coconut Point, which was designed to accommodate a future hospital.

In December, HCA purchased nearly 100 acres in Estero for $52.5 million for a planned 80-bed hospital. The land is bordered by U.S. 41 to the west and Williams Road to the south.