A $318 million Medicaid pool traditionally tapped for a handful of hospitals that provide critical care to the poorest residents in Florida — the majority of them infants and children — is turning out to be one of the most fought-over funding sources this session.

It’s a drop in the bucket compared to the state’s $28 billion Medicaid expenditures, but these “automatic rate enhancements” are at the heart of a dispute between the Senate and House on medical spending on the state’s most medically needy citizens.

Those 28 hospitals provide neonatal, pediatric cancer treatment and organ transplants, train 45 percent of the state's medical students, and provide complex, intense treatment to an overwhelming number of poor and uninsured.

The House wants to preserve that pool, but cut its funding by 3 percent as part of a larger $111 million across-the-board Medicaid cut. The Senate wants to hold the line on Medicaid funding, but sweep that $318 million critical care pool into the base rate so all 242 hospitals in Florida get a share — a move that cuts deep into the safety net hospitals.

Those differences will be resolved in budget conference committees that began Tuesday and are supposed to end Thursday night.

Gov. Ron DeSantis, who wants to continue funding the critical care hospitals and maintain current Medicaid funding levels, may play a crucial role in the final outcome. He has consistently said he wants the House and Senate leadership to work out their differences on their own.

In response to questions from the Tallahassee Democrat about his involvement in the process, the Governor's Office's Communications Director Helen Ferre said in a statement: “Governor DeSantis is respectful of the legislative process as it continues to move forward."

But DeSantis has clearly signaled the importance for his administration of children’s hospitals, which provide some of the most state-of-the-art premature birth and pediatric cancer care in the nation, and stand to lose millions under the Senate plan. 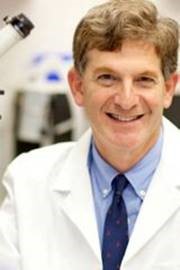 His pick for the state’s surgeon general, Dr. Scott Rivkees, is chair of the Department of Pediatrics at the University of Florida College of Medicine and physician-in-chief of UF Health Shands Children’s Hospital.

“We will be visiting more hospitals across the state and harnessing our public and private resources to ensure kids and their families are getting the best level of care possible,” DeSantis said in a news release about his visit to Joe DiMaggio Children's Hospital in Hollywood.

The Florida Hospital Association is against both plans, because it hurts members on both sides of the issue.

“Since 2017, Florida hospitals have sustained over $1.1 billion in recurring cuts to Medicaid payments for the care of low-income children, pregnant women, the elderly and disabled,” said Bruce Rueben, president of the FHA. “Additional cuts to this program are untenable.”

The organization has been saying, “No new cuts,” all session, he said.

“Right now, there are cuts for all hospitals in the House budget and a policy change that results in deep, new cuts for some hospitals in the Senate budget,” Rueben said. “Our highest priority is to eliminate new cuts no matter which budget approach the Legislature adopts.”

The lion's share of those targeted rate enhancements — about $132 million — goes to hospitals in Miami-Dade and Broward counties. Opponents of the House plan point to that figure as an example of the regional disparities created by the automatic rate enhancement fund.

Supporters of the Senate plan said nonprofits and for-profits both benefit equally, based on the volume of care they provide.

The Senate plan marks a huge policy shift, eliminating a system that has been in place in one version or another for 20 years.

Some experts said eliminating the rate enhancement pool is an overdue attempt to streamline the process, but anytime you try to cut a supplemental pool, people want to hold onto it.

“The Safety Net Alliance has suggested ways to streamline the current funding process to legislative leaders," the Alliance said. "The challenge is to find a way to do that without unintended consequences.” 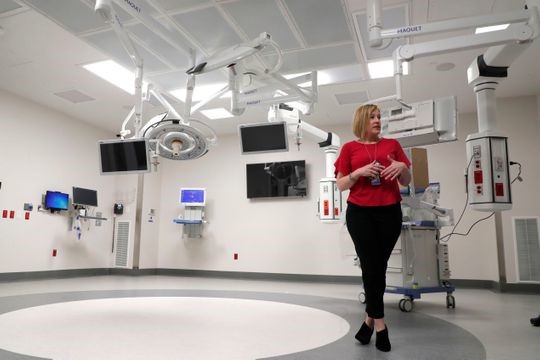 Katie Hill, project manager, in one of the many operating rooms at the M.T. Mustian Center at Tallahassee Memorial Hospital. TMH would receive an extra $3.3 million under a Senate plan to divvy up safety net hospital funds. (Photo: Alicia Devine/Tallahassee Democrat)

The Orlando area’s Florida Hospital would get the biggest boost under the Senate plan at $15 million. St. Joseph’s Hospital in Tampa would get the second biggest, a gain of $9 million.

Opponents to the Senate plan said it’s not about regional disparity or non-profits vs. for profits. It’s about making sure hospitals that provide the most expensive and critical life-saving care are being compensated .

The CEOs of several safety net hospitals met with legislative leaders a few weeks ago to try to impress upon them the negative impact the Senate plan would have on those nonprofits.

In Broward, Miami-Dade and Monroe counties alone, safety net hospitals treat 84 percent of the sickest and most critically ill newborns with health challenges and perform 100 percent of pediatric transplants.

For-profits who don’t depend on the critical care fund only treat 16 percent of the most critical newborns in those three counties, the Alliance said.

The 14 children’s hospitals in the network would lose $120 million in the Senate plan.

“Eliminating the critical care fund … to benefit private hospitals who do not treat a high volume of Medicaid patients would jeopardize Florida’s most vulnerable patients’ ability to access the highest quality of care,” the Safety Net Alliance said.