It was July 2015. Tammy Childers was home with her husband, Jack, and their 5-year-old son.

Dinner was in the works. 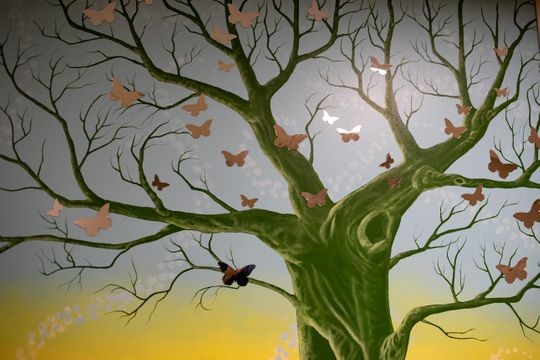 Tammy Childers turned around and Jack Childers had collapsed on the floor.

"He became ill. We didn't know he was even sick," Tammy Childers said.

Instead of relaxing for Jack Childers' vacation time, they found themselves at Corpus Christi Medical Center - Doctor's Regional. 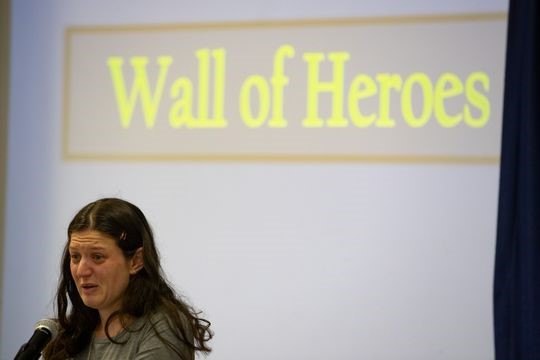 "We dated in high school," Tammy Childers said. "I moved for college and he moved to another state. We reconnected here and got back together and got married."

Tammy Childers knew her husband was committed to people, so it was no surprise he had registered to be an organ donor.

And in Jack Childers' death, five people were given another chance at life. He donated tissue and all his organs — except his lungs. Doctor's later discovered he had pneumonia.

"It gave me hope and willingness to do it," Tammy Childers said. "We know his final wishes were fulfilled."

He and 14 others are included in the "Tree of Life" mural inside Corpus Christi Medical Center - Doctor's Regional hospital, which was unveiled Thursday evening. 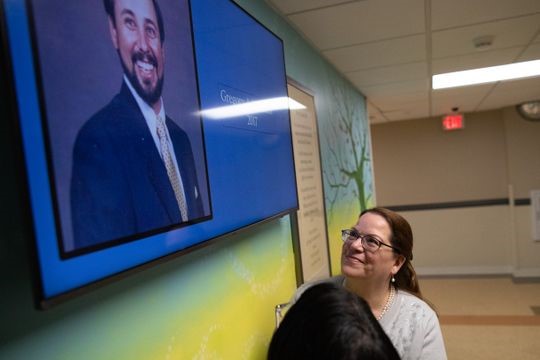 Joyce Williams looks up at a photo of her husband, Gregory, on Corpus Christi Medical Center's Tree of Life mural on Thursday, April 11, 2019. (Photo: Courtney Sacco/Caller-Times)

The mural — painted by registered nurse Loraine Abrego — features a large tree adorned with butterflies on a green and blue background. A poem about organ donation and a television screen with photos and names of the donors are also on the wall.

"The thought started toward the end of last year to create a wall of heroes," said Karen Dudas, registered nurse and critical care manager at the hospital. "It all started in January — not only the wall, but the whole concept and a celebration with donor families."

Staff gathered information for the past five years and contacted families of donors whose organs were harvested at the hospital. Families were served dinner before they saw the mural and display that featured their loved ones. 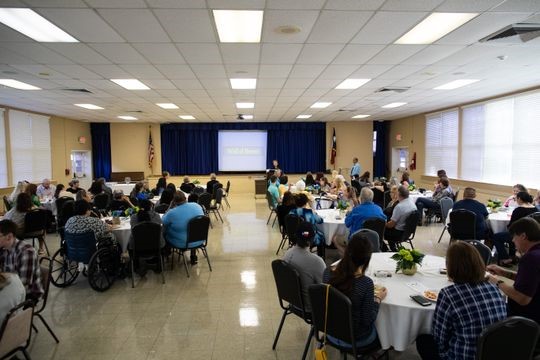