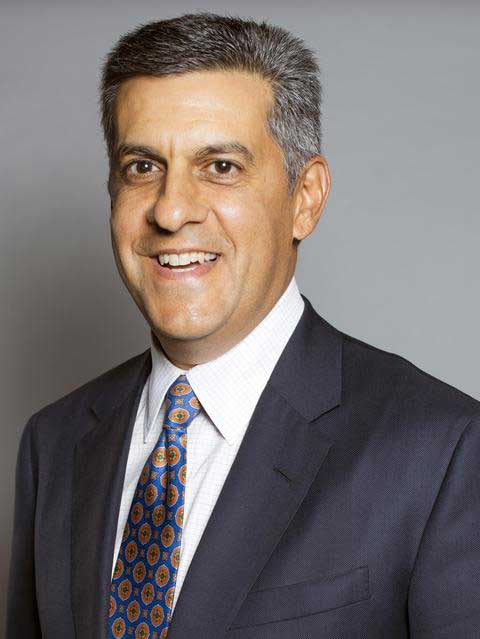 HCA Healthcare Inc. announced its purchase of one of the nation’s largest private nursing schools last month, and while the deal has yet to close, HCA is ready to grow Galen College of Nursing even bigger.

“We have to close this deal… but once we get through that, we’re going to be fairly quick in trying to expand their model into different HCA markets,” HCA CEO Sam Hazen said. “We do think its going to create opportunities for us to enhance the pipeline of nurses into our company.”

Hazen made the comments during HCA’s 2019 first-quarter earnings call on Tuesday. The Nashville-based company reported revenue totaling $12.5 billion for the quarter, an increase of 9.6 percent over the same period in 2018.

HCA (NYSE: HCA) is Nashville’s largest publicly traded company, with $46.6 billion of revenue in 2018, according to Nashville Business Journal research. The company has 185 hospitals across 21 states in some of the country’s fastest-growing markets.

Louisville-based Galen has schools in Louisville, San Antonio, Cincinnati, Tampa Bay and Hazard, Kentucky. Galen had about 2,000 students at its Louisville campus in the fall semester, according to Louisville Business First, a sister outlet of the Nashville Business Journal.

“This is a very impressive organization; we think their culture lines up great with HCA. Their strategy and their discipline around standardization and how they scale their solutions was very impressive to us,” Hazen said. “We see this as an opportunity to put on the front end of our nursing agenda an education component that will allow us to interact with nursing students early on in their journey to be a nurse and hopefully integrate them into the HCA Healthcare network in a way that allows us to source talent.”

Hazen did not hint at which HCA markets Galen may expand into first. He said HCA hopes to close the transaction by the end of the year.

While Galen was the first announced acquisition for HCA since Hazen became CEO in January, the company has been in a period of expansion for more than a year. The health system moved into two new markets with the purchases of Savannah, Georgia-based Memorial Health in early 2018 and Asheville-based Mission Health in a deal that closed in February. The company is also in talks to expand its footprint in New Hampshire by purchasing Frisbee Memorial Hospital.

HCA has made significant investments into its new assets, most notably the six-hospital Mission Health system. HCA is spending $232 million on capital improvements to Mission Health facilities and plans to build a replacement hospital for Angel Medical Center in Franklin, North Carolina.

The acquisitions are part of the reason for HCA’s year-over-year revenue increase for the quarter. Chief Financial Officer William Rutherford said they contributed 3% growth to the company overall.

“We’re very pleased with the performance of the acquisitions. They’re on plan,” Rutherford said. “Overall, we are right where we anticipated to be.”

As Hazen has said in previous earnings calls, HCA may not be done growing. There are still acquisition opportunities in the market, he said, and HCA is in preliminary discussions with several health systems, most of which are independent and nonprofit.

“We could be entering a cycle where there are some nice opportunities for the company,” Hazen said. “I do think we are entering a period of time where we could see more [acquisitions] than we have seen in the past.”