Guess who's expecting? Nashville Zoo's clouded leopard has some news

Niran, the Nashville Zoo's first clouded leopard to be born from artificial insemination is pregnant through natural reproduction with her first cub(s), zoo officials announced Thursday.

“We’ve made history with Niran and we’re making history again,” Nashville Zoo Director of Veterinary Services Dr. Heather Robertson said in a statement. “Knowing that a clouded leopard born from artificial insemination with frozen/thawed semen can reproduce naturally without any complications is a tremendous success." 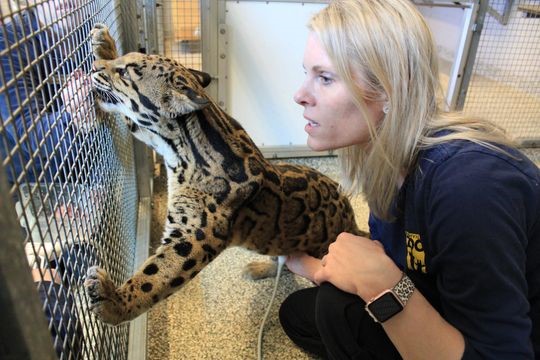 After Niran gives birth, the zoo plans to hand raise her offspring due to the common nature of the species to neglect their offspring,  zoo officials said.

The move also lowers animal stress for future hands-on care, officials say. The cub(s) will stay at the zoo with plans to eventually introduce them to a potential mate at another zoo. Niran and Ron, the father, can be found behind the scenes, but their offspring will stay in the neonatal animal care room at the HCA Healthcare Veterinary Center.

The first ever Clouded Leopard was born via artificial insemination of cryopreserved sperm – a scientific feat made possible through a partnership between the Nashville Zoo and the Smithsonian. Courtesy of Aimee Stubbs and Nashville Zoo

In 2015, another doctor contributed to a birth using cooled semen and the new technique at the Khao Khew Open Zoo in Thailand. In 2017, Niran was the first clouded leopard ever born from using frozen or thawed semen. 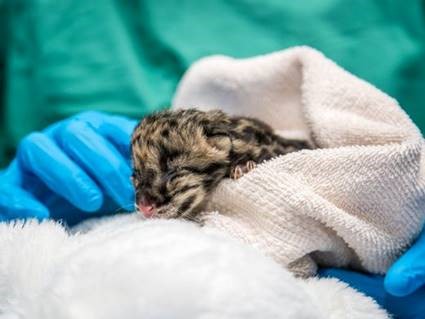